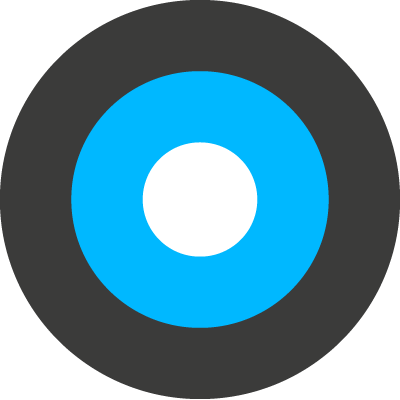 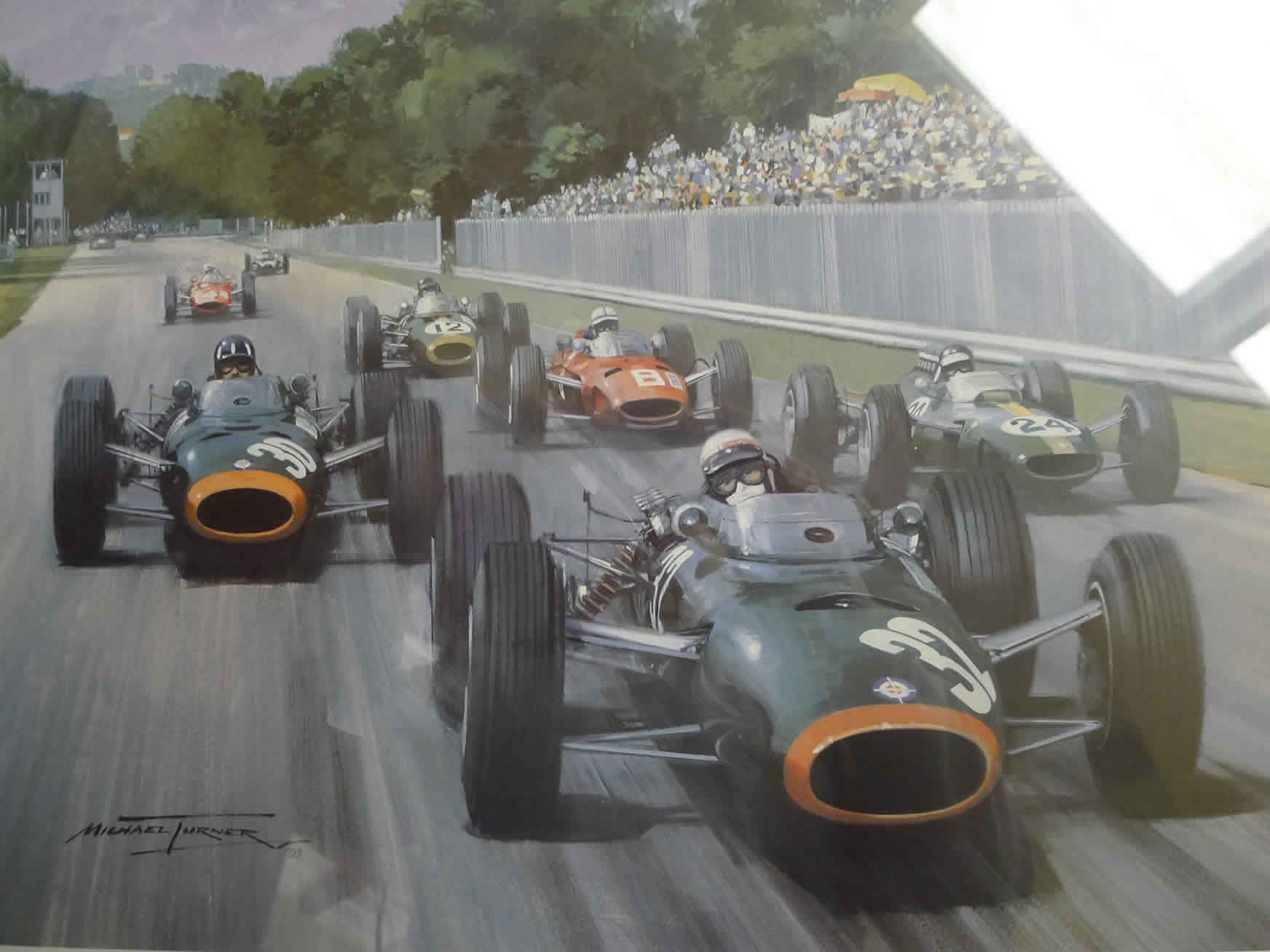 The seven original paintings from which these prints are taken, were commissioned by David Owen, son of BRM founder Sir Alfred Owen, and then a run of 500 prints per painting was produced. Each print is signed and numbered by Michael Turner himself.

Nicely framed and glazed with British racing green mounts, and the size is 56 cm x 47 cm per print approximately.

All in perfect condition – apologies for the photographs which have some reflections as pictures were taken through the glass. 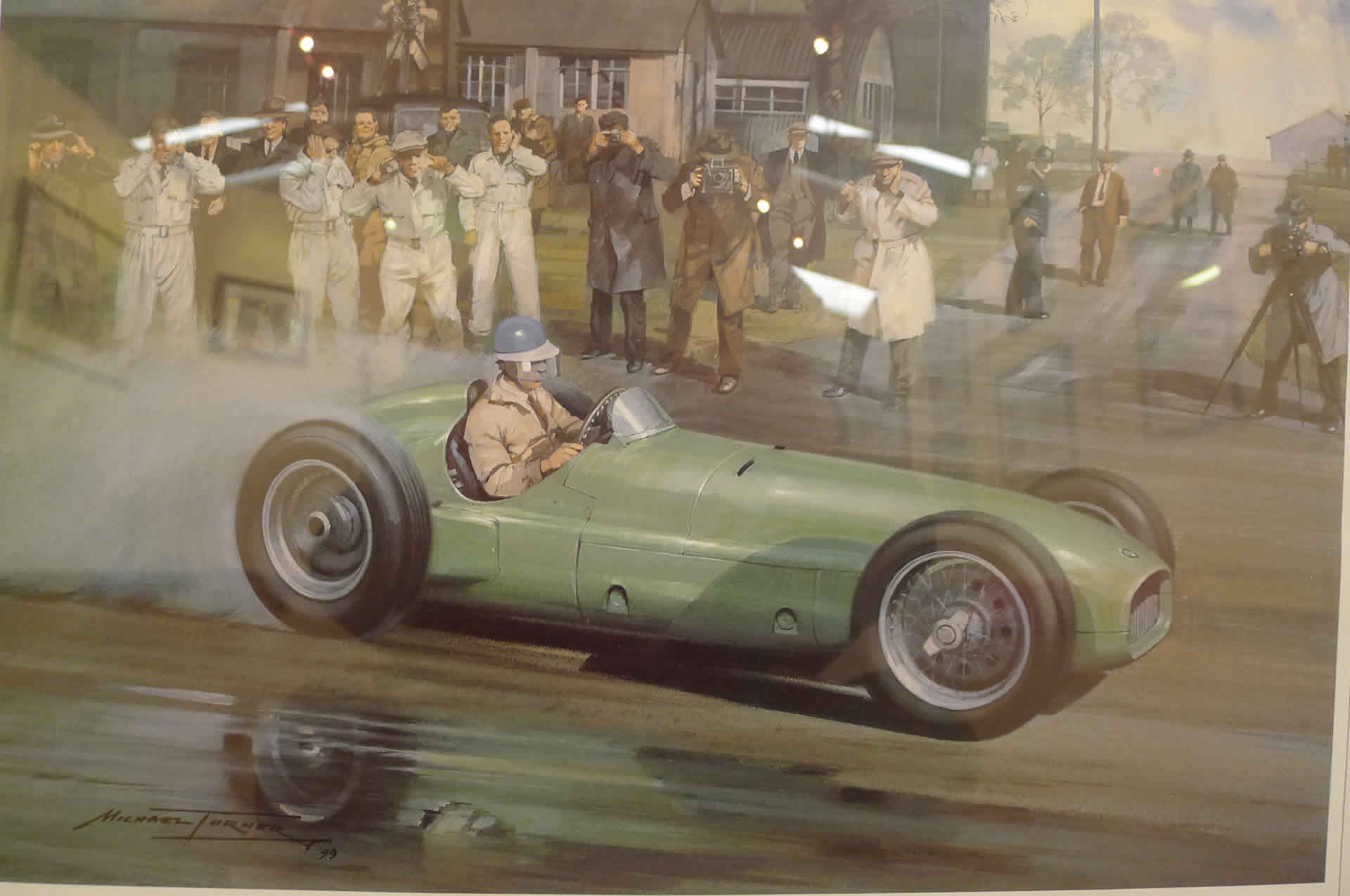 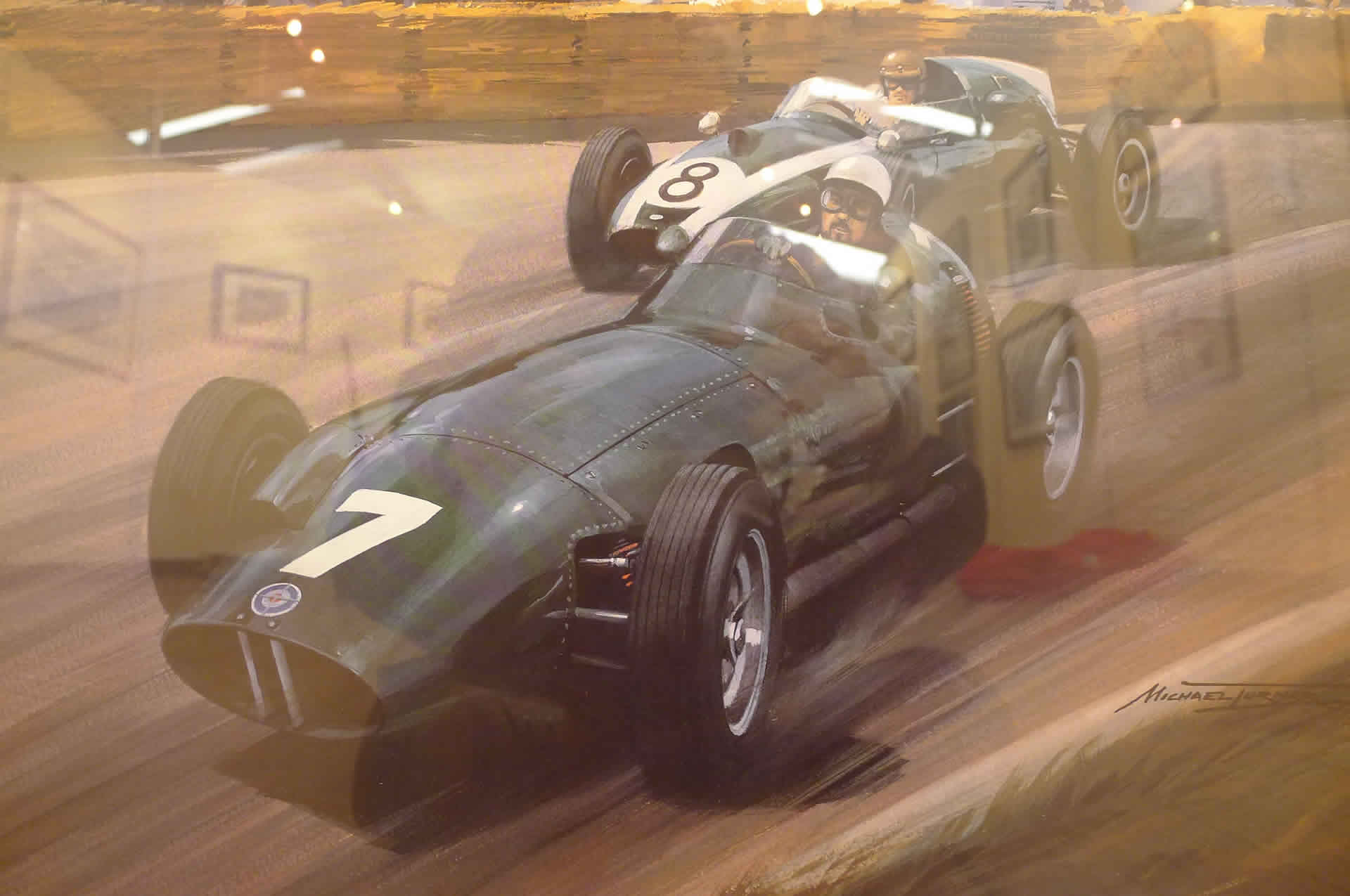 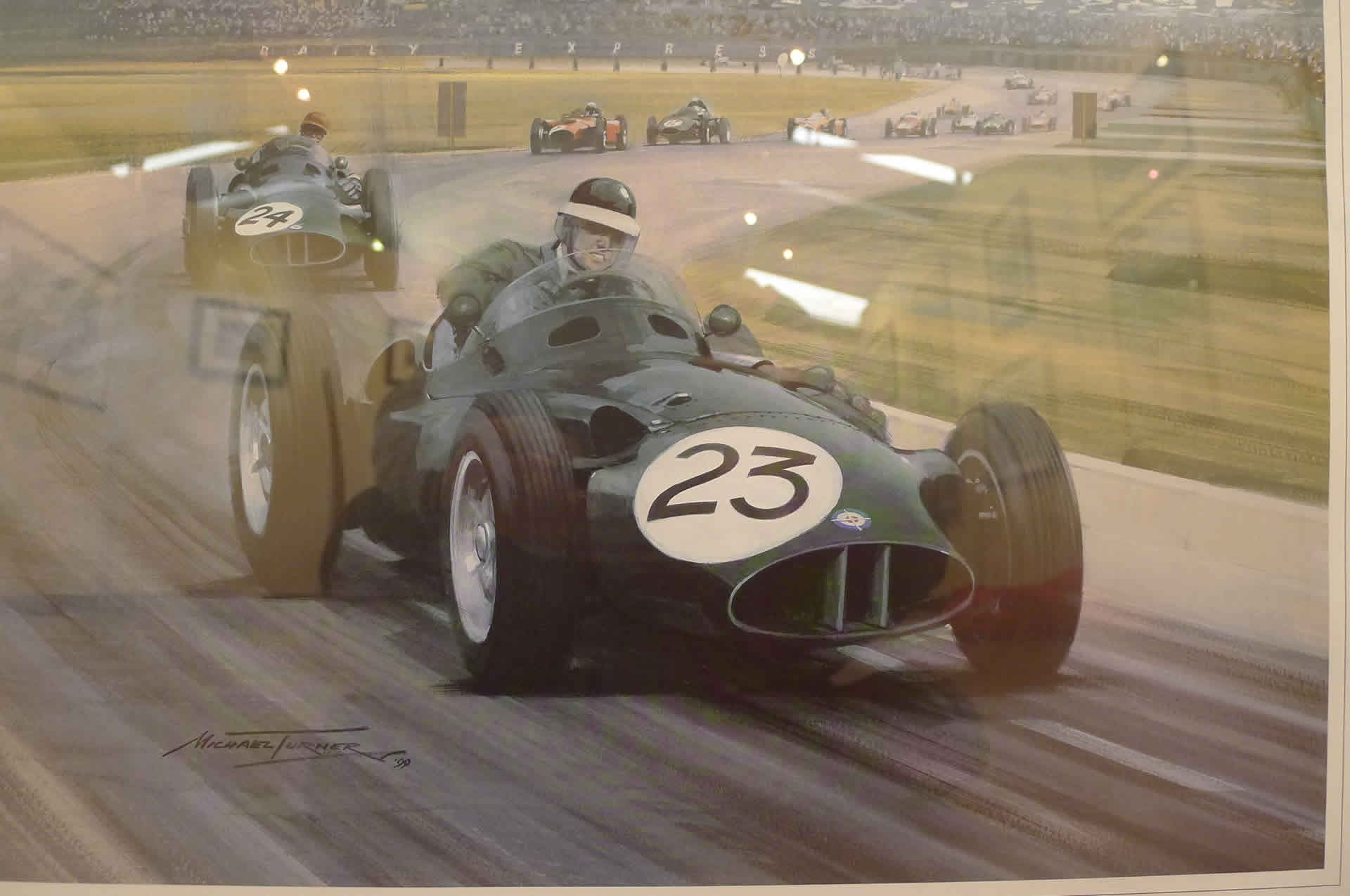 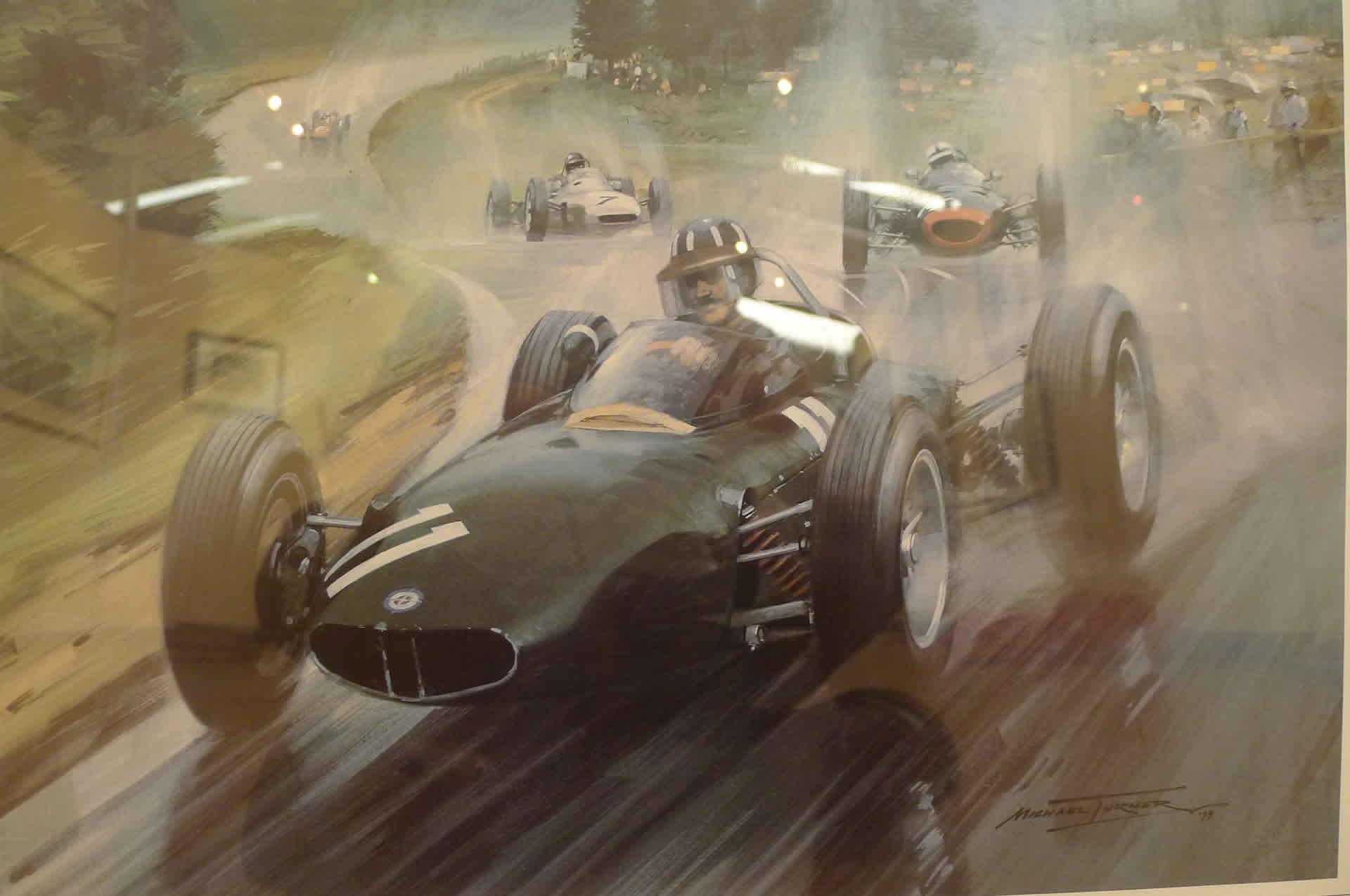 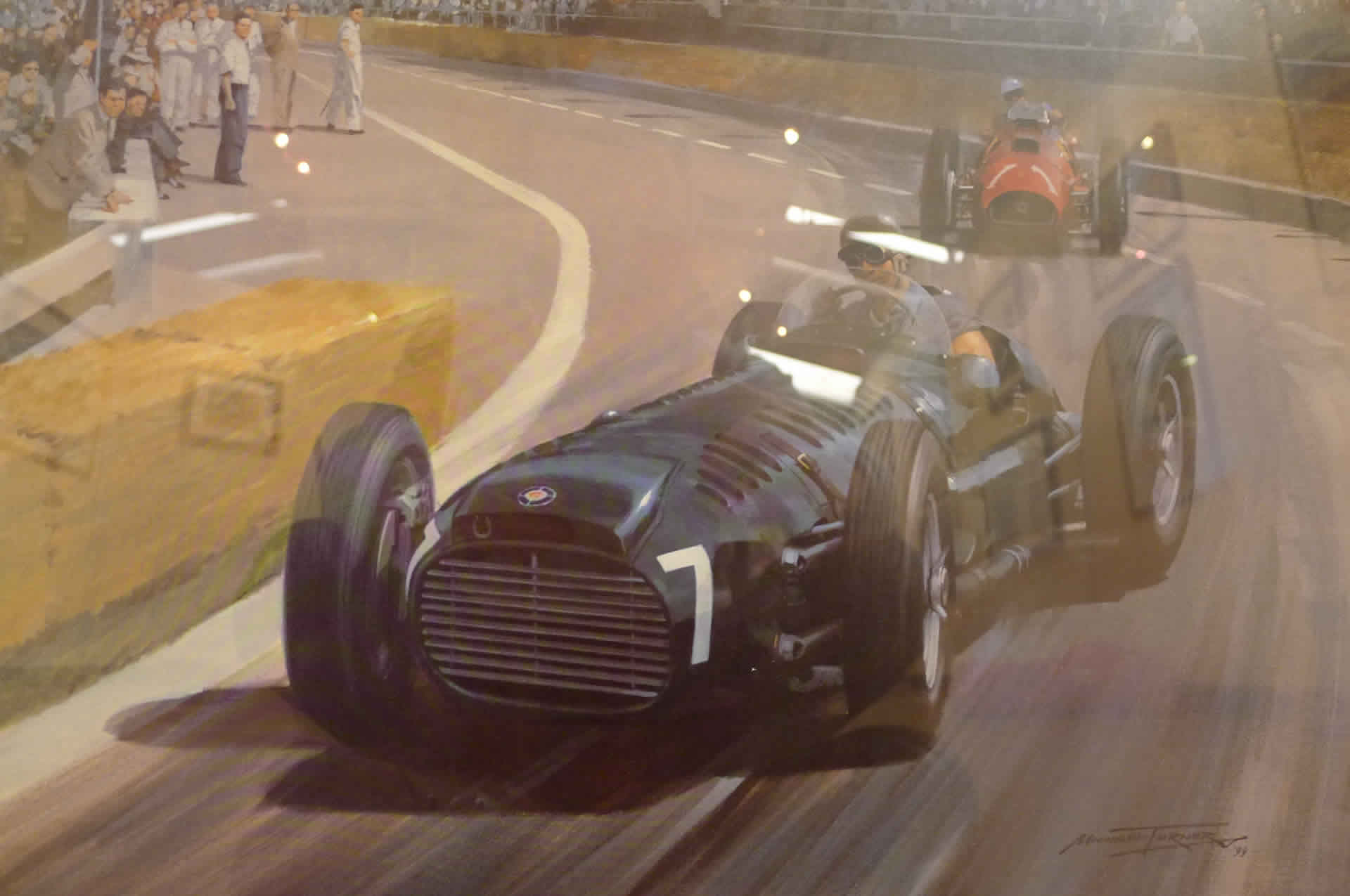 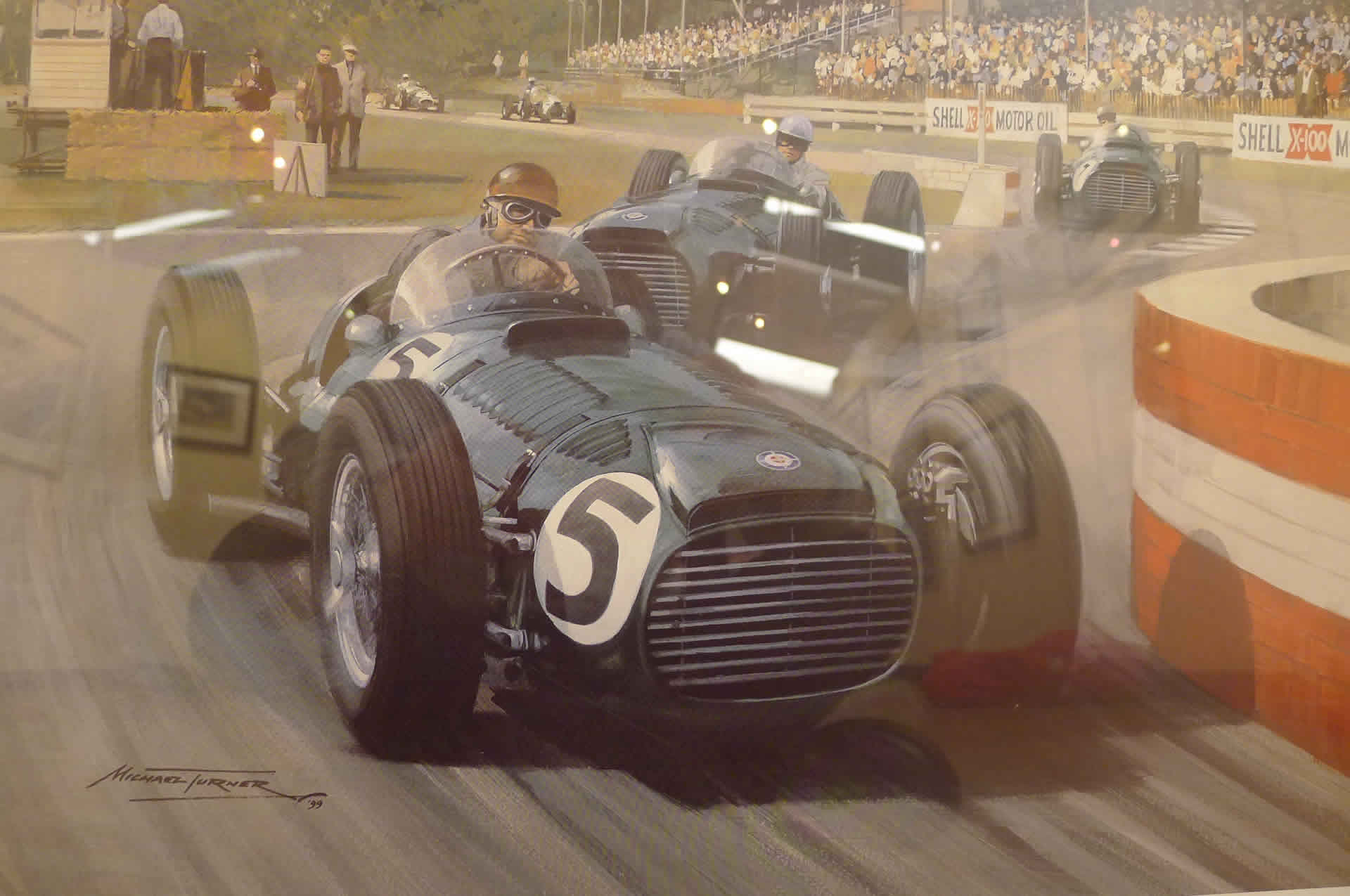 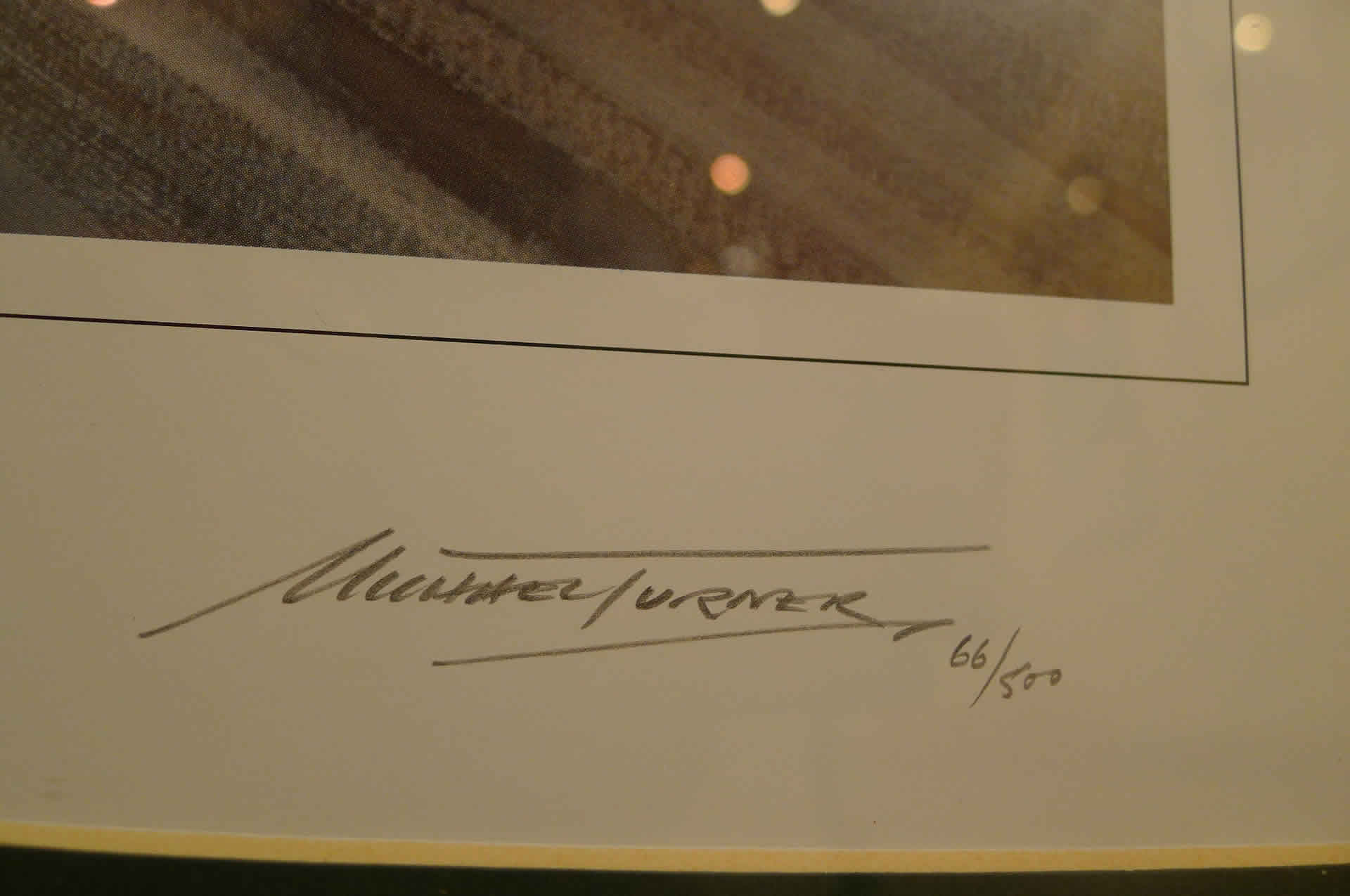 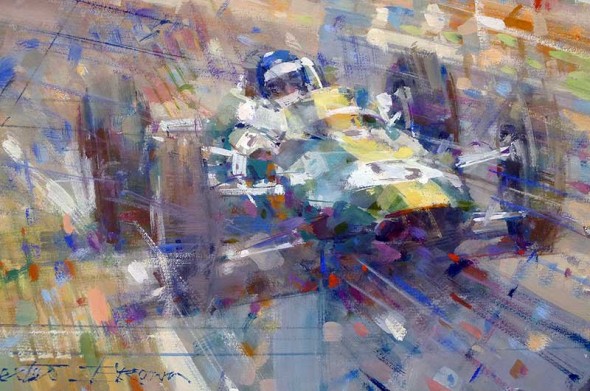 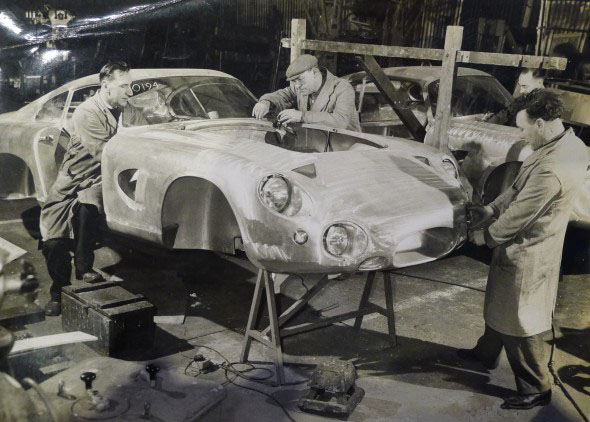 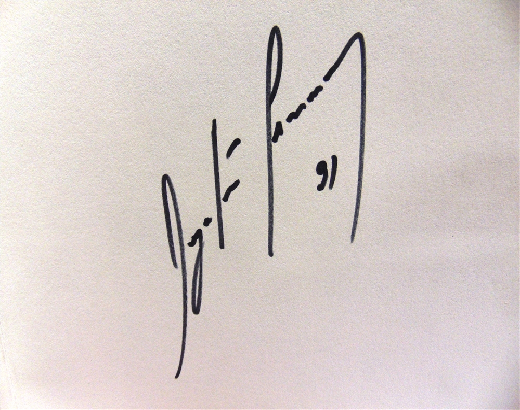 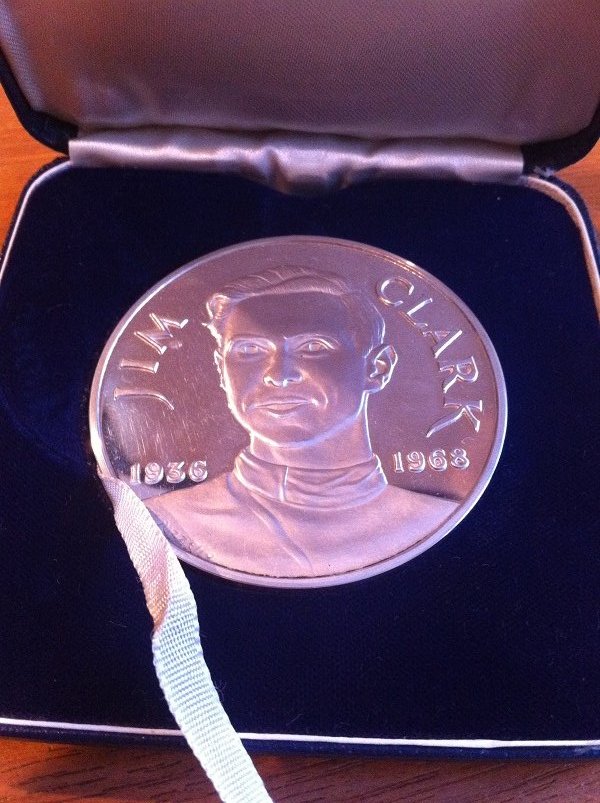